The guys did this 4th of July party their way this time – and we have to admit, it was a blast! Everyone got together for beer and ribs, and much more! Here’s how the day played out.

Matt told you that guests were notified of our Red, White, & Brew by phone, email, text about a week ahead of time – no fancy paperless post or mail invites for these guys! Everyone still around town was invited to swing by for a festive 4th filled with beer, ribs, pick-up games, and pool time. Since a mix of people were invited, it was fun for everyone to reconnect with friends and connect with new people.

Jeremiah gave us the recipes and wow was the food spectacular!  The guys grilled up some tri-tip accompanied by grilled artichokes, strawberry spinach salad, garlic toast, and more. Matt’s brother Dave cooked up some awesome BBQ ribs! BTW thanks to veteran party hosts Dave and Donna for hosting this fabulous BBQ bash!

Guests were thrilled to find these cute take-out boxes to bring home seconds! 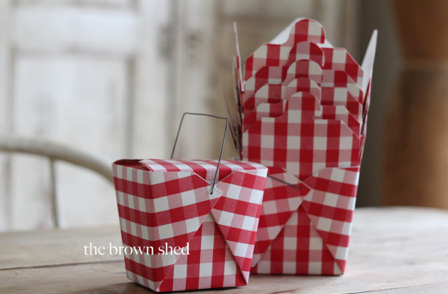 Micro-brews were set out by the pool to help us all stay cool. 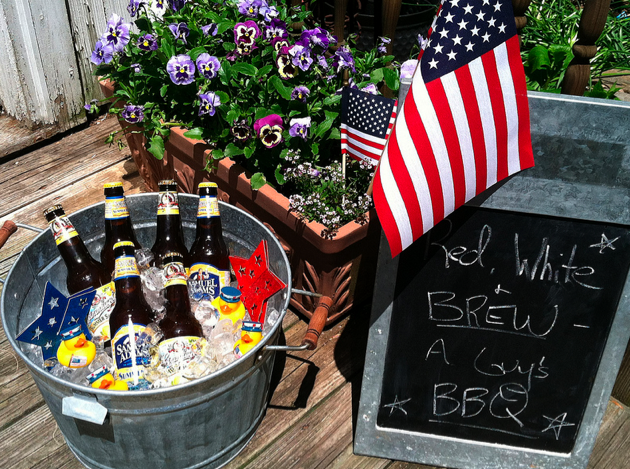 Watermelon Martinis were whipped up to mix things up a bit. They were a hit! 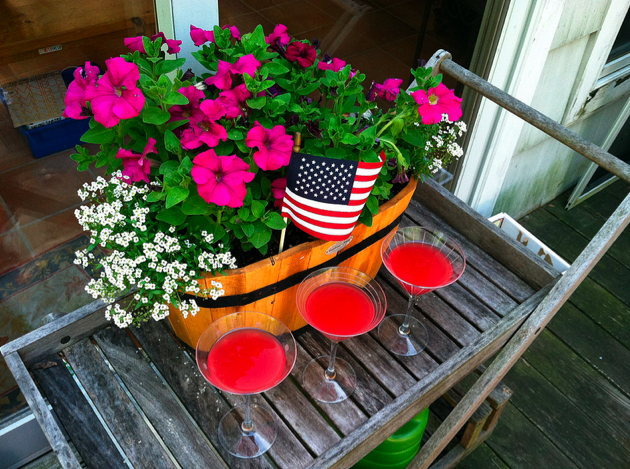 And for those who wanted to crank it up a bit – JELLO SHOTS! 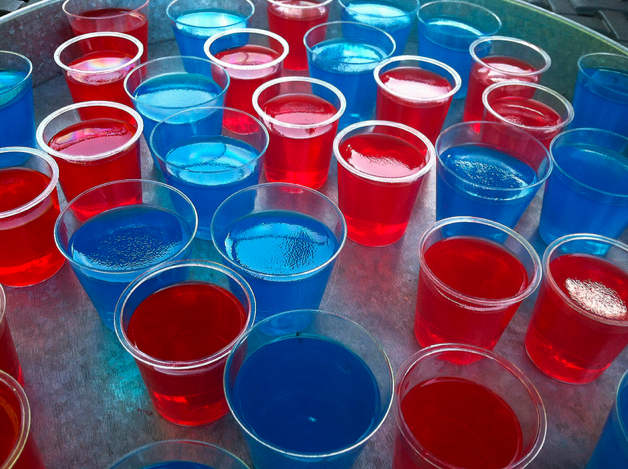 Chris gave us the tips to make these adorable Red, White, and Brew table toppers which were set out as festive diy to set the scene. 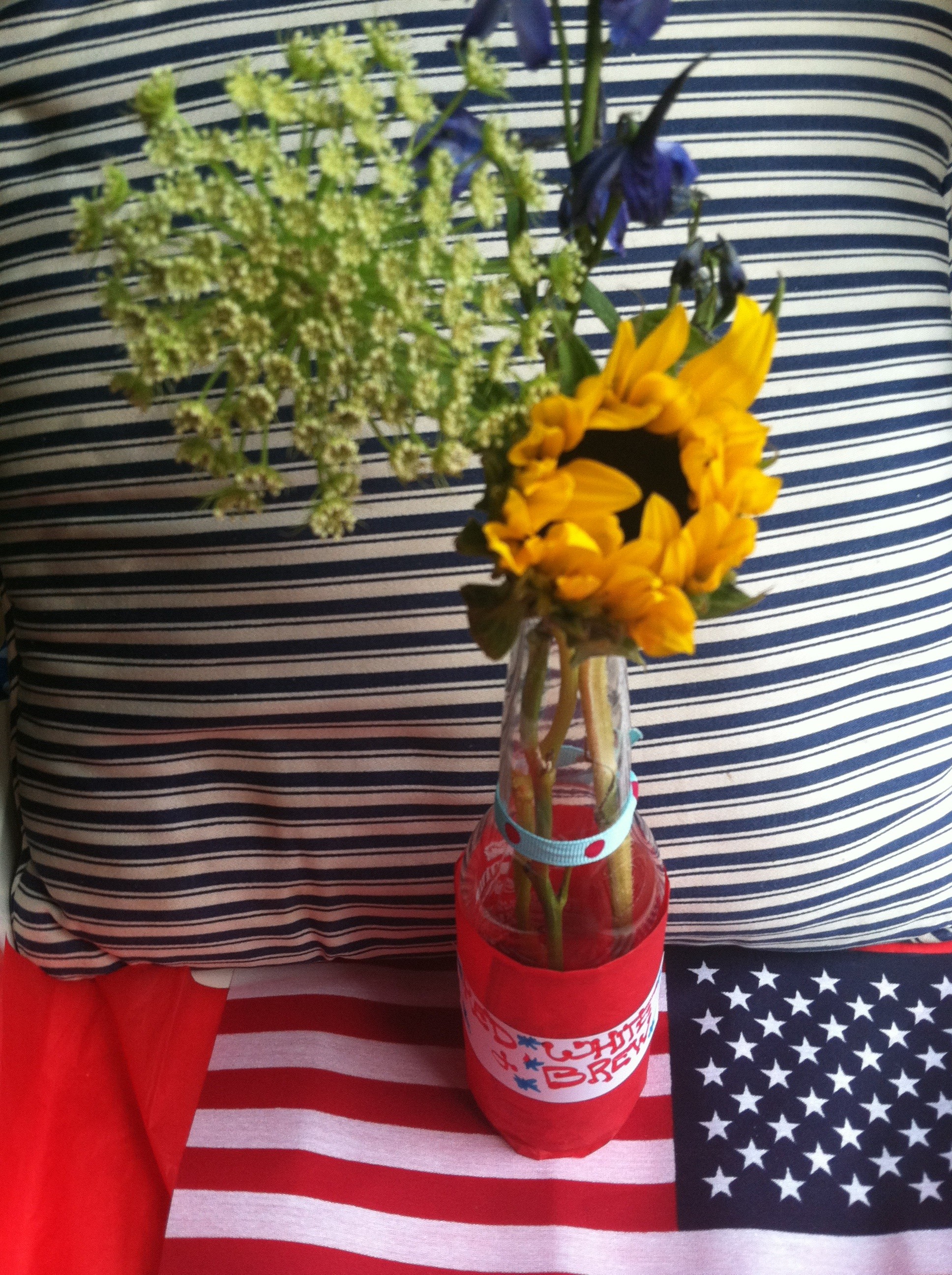 When guests weren’t by the pool, they were playing pick-up games at the court by the pool which added a fun and competitive spirit to the party. 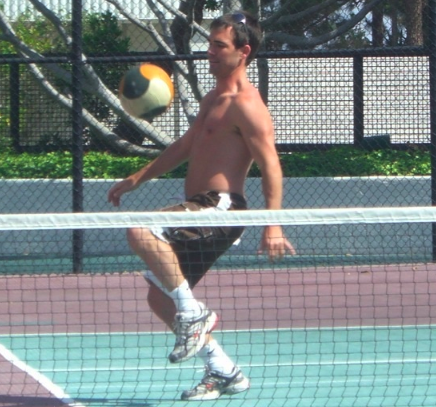 According to James, Pool party chic was the overall style at this guys BBQ. Most guys rocked shorts or trunks with a button down shirt rolled up or tee along with flip flops like these from Shane + Shawn. Thanks to Shane + Shawn for giving us an exclusive 40% discount for the week leading up to the 4th. What an awesome perk to help us celebrate the 4th in style!

The Red, White, and Brew Guys BBQ was awesome and after the day of eating, drinking, and playing games by the pool, everyone gathered around the fire with their drink of choice and chilled out watching nearby fireworks. 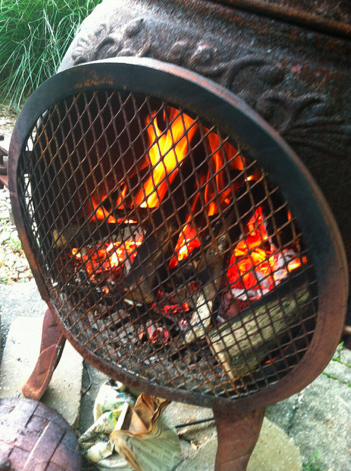 Whew what a party! Way to go guys!